Antidumping : how the European Union faces this situation

Dumping is a practice used by big companies . They put in the European market very low – priced products compared to the market ’s price. Dumping is an unfair competition because products are sold with a price that doesn’t reflect correctly the production costs . For European companies is very tough to remain competitive with these conditions and it would be worst if they have to fire their workers or even close their business .

For this reason Europe has developed different trade defence instruments and the community legislation has :

Antidumping measures in terms of imports made in the community market from companies of third countries which sell with low prices compared to the original price ( dumping imports ); anti – subsidy measures in terms of imports which use state helps and subsidy given by governments to its companies ; Safeguards, will be activated in case of serious damage to community companies from market ’s distortions, such as those caused by abnormal surges in imports .

The EU believes in free trade which brings jobs and wealth . The unfair behaviour of some countries can affect free trade ’s systems through overproduction or the introduction of subsidy products sold at low prices compared to the market ’s ones . The EU has to adopt measures to fight subsidies or antidumping . The EU could impose sanctions to non – EU countries if they are responsible of unfair trade practice in the European market and the sanction works as duties or tariffs for dumping products .

The European Union has to work according to the rules of the World Trade Organization . The WTO is an international organization made by 164 members which regulates trade at global level and defines the reference framework for the negotiation of trade agreements and it has its own rules for the solving of controversy . Members of WTO have decided to follow their procedures in order to simplify problems . These rules include also a procedure which indicates how to do when other countries introduce in their own market , dumping products with very low prices .

China is the main objective of antidumping duties in Europe . In October 2016 duties were imposed in more than 50 Chinese products, products like aluminium, bicycles, cement , chemical substances, glass, solar panels, pottery, paper, steel . In the European Union this practice is not very famous, but Europe has protection and precaution measures .

In November 2017 of European Union deputies have opted for stricter rules in order to fight the unfair competition, including social and environment dumping and monitor ths situation in other countries . This last task will be made by the European Commission which will create relationships for European companies in case they want to appeal .

In May 2018 members of European Parliament have approved additional rules in order to allow EU to impose higher tariffs on dumping or subsidy imports .

These rules will allow to reduce times of antidumping investigations, to institute a desk for little or mid companies in order to handle investigations and procedures involving syndicates . These new rules include the fact that all the products which arrive in the EU market must be strictly controlled and recorded when an investigation starts . These rules will be expanded to exclusive economic areas, i.e. maritime areas on which a state exerts its right to use, mainly used for the energy production .

Both proposals will enter into force after the approval of the Council and the publication in EU official Journal . 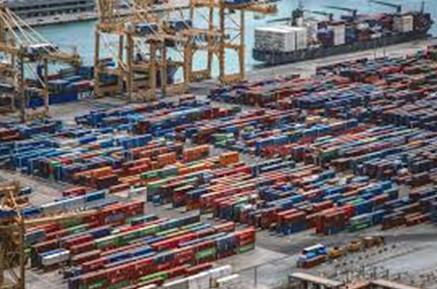