Relationships between Italy and Iran 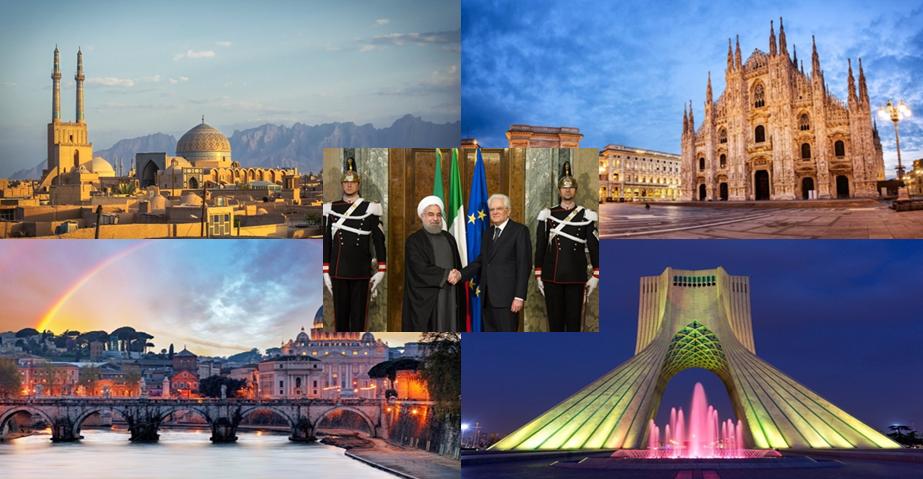 Why should Italian enterprises invest in Iran ?

Iran is a member of the N – 11 ( the next 11 ), meaning the eleven countries that, according to Goldman Sachs ’ evaluations, represent, along with the BRICS countries, the world ’s largest economies of the 21 st century, with promising growth prospects . The Islamic Republic is the 29 th world economy depending on its nominal GDP, the 17th depending on its purchasing power parity GDP and the second in the Middle East, with characteristics that launch it towards a gradual modernization process . There are numerous factors that characterize the Country, making it a desirable destination to the Italian companies . Among them, for example, its geographical strategic position, because it represents a connection point between the West and the East, its demographic composition ( in fact, it has about 80 million inhabitants, 60 % of whom are under 30 ), its high literacy index, its abundance of natural resources and its developed infrastructure and telecommunication network . Furthermore, complementarity between the Iranian and the Italian economy does not lack, because the Country requests different types of products and, above all, know-how and technologies that the local industry is still not producing adequately .

The service sector ( 53 % ) is the economic sector that mostly contributes to the GDP . It is followed by the industry sector at 23 % and by the agricultural one at 9 %. However, if we consider it by itself, oil represents 15 % of the GDP, since Iran is the fourth oil producer in the world ( 11.3 % of the world ’s supplies ) and the second natural gas producer ( 18 %). The 2016 data estimate a +5.4 % GDP growth for 2017 . The inflation rate is positive as well . It decreased to 14 %, while the unemployment rate is at 10.7 % . Public debt is balanced and it is about 13 % of the GDP, while foreign debt is inferior to 1.5 % . Economic planning is based on twenty – year plans and implementing reforms based on principles of market economy, such as the privatization of companies and banks owned by the state, is among the main methods . The money that the Public Treasury receives still depends largely on the sale of hydrocarbons and their derivatives . Thus, it is subjected to international price floating. Industry, especially heavy industry, is strongly controlled by the State . In fact, most chief executive officers of the big enterprises are also Deputy Ministers and the authorities control the prices of the energetic, agricultural, credit and currency sector . For the remainder, industry is also composed of small and medium private enterprises .

In Iran there are 31 banks, 8 of which are state owned and 23 are private . The majority of banks, among which the Central Bank, have been linked to the SWIFT system with the resulting opportunity to make international transactions .

Why invest in Iran ? And in which sectors ?

Because Tehran ’s government is now aiming to recover the market share that lost during the embargo . They intend to be a hub for the movement of goods in the region, in other words for a market that could go over 350 million inhabitants in its entirety . Authorities include also the touristic potential among the advantageous factors . In fact, Iran has as well as 19 locations, which are part of the UNESCO patrimony . However, they especially talk a lot about significant investments for the retrofitting of plants and the building of new infrastructures, which need the participation of foreign companies as well . These are the main sectors in which you can invest :

Constructions : there has been a real construction boom during the last years . It concerned especially residential areas ad shopping centres . Among the large-scale projects there is that of the new Towns .
Electrical energy : authorities have developed a plan for the development of alternative sources, saying that they will invest in the renewable sources as well . This is a sector where they aim to produce 5000 MW every year by 2018, hoping in the participation of foreign companies for the transfer of technology and know – how .
Water supply, sewerage system and waste treatment : in Iran, water is becoming an ever – rare resource and they need modern irrigation and desalination systems .
Motor vehicles : there is high request for joint – venture with foreign brands for the production of motor vehicles, farm machines and public transports .

Thanks to its large energy resources, Iran is in the OPEC first positions . In spite of its tensions with Saudi Arabia, it continues to have an important influence in the region . Russia has announced its support to Iran ’s entry in the Shanghai Cooperation Organization ( China, Russia, India, Pakistan, Kazakhstan, Uzbekistan, Kyrgyzstan and Tajikistan ). There is also the possibility of a more concrete involvement of Tehran in the Eurasian Economic Union ( Russia, Kazakhstan, Belorussia, Kyrgyzstan and Armenia ). There is also an ongoing action of regeneration of Iran ’s accession process to the World Trade Organization . Its request dates back to 1996, but it had been later blocked by a series of American vetoes . However, the main development in Iran ’s international relationships is the conclusion in 2015 of the Joint Comprehensive Plan of Action, which came into force on October 18 of the same year . It establishes the abolition of the sanctions that are still valid, caused by the Country ’s activity in the nuclear sector, through a series of different steps . On January 16 2016, after the positive report of the International Atomic Energy Agency ( IAEA ), the United Nations, the USA and the EU have suspended the application of the sanctions . The next phases are those expected for 2023, when they will wait for a report of the United Nations regarding the civil objectives of the Iranian nuclear sector and the final end of the sanctions .

Political and commercial relationships between Iran and Italy

After the sanctions have been suspended, people in Europe started to talk about the great opportunities that the Iranian market offers again . Italy is very interested in this market and it is one of the few Countries that has kept in good relationships with Iran in the last three decades, in other words after the revolution of 1979, which transformed the Country in an Islamic Republic, antagonist of the West . The Iranian president Hassan Rohuani has said more than once that Italy is a “ door ” to Europe for Iranians . The two governments established official diplomatic relationships in the 1950 s, when the Democrazia Cristiana ( Christian Democracy ) governed in Italy and the shah governed in Iran . When the conservative Mahmud Ahmadinejad was president ( 2005 – 2013 ), the relationships with Italy became more rigid, but did not stop . For example, in 2009, Frattini, Minister of Foreign Affairs of the Berlusconi government, invited Iranian politicians to Trieste to discuss Pakistan and Afghanistan safety . In 2003, Emma Bonino, Minister of Foreign Affairs of the Letta government, was the first European diplomat to visit Iran after a long time . Finally, in January 2006, Rouhani visited Rome, while Prime Minister Renzi went to Teheran in the April of the same year . In the business sector, Italy is the second commercial partner of Iran in Europe. Germany is its first, but Italy has been first from 2006 to 2012 . After the Iran nuclear deal had been concluded, an Italian delegation of 180 small and medium – sized enterprises and 12 banks went to Iran .

At the moment, the Iranian authorities want to take economic stabilization measures, such as the opening of Free Zones and Special Economic Zones . Commercial trades have increased since 2002 and have reached their historic maximum in 2011 . ( 7.97 million euros ). Italy is among the first countries that exports to Iran . In 2016, the value of the exports was 1.5 million euros and it marked a +29 % increase compared to 2015 . Imports have also registered a + 123.7 % increase, for a total value of 1 billion euros . Italy mainly exports machinery to Iran, while it imports crude oil and steel products . The Italian Bank, SACE and other institutions have supported exporting to Iran through loan disbursement of 4 billion euros as borrowed funds and 4 billion euros as a guarantee to the so – called lines of credit . They gave also 800 million euros for the restart of the small and medium-sized enterprises in the Country . Consequently, in spite of the latest difficulties caused by the commercial and financial sanctions, Iran still represents a good investment opportunity .