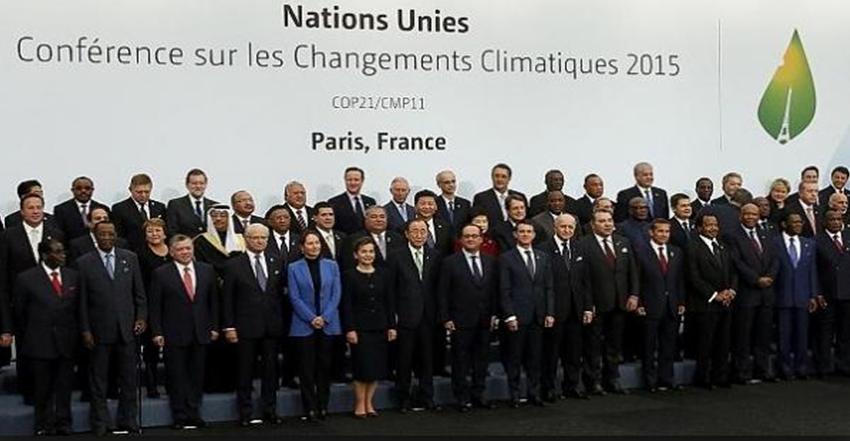 In the twenty-first Paris climate conference ( COP21 ) on December 2015, as many as 195 countries have ratified the first worldwide agreement and it is binding in legal terms of “ Paris agreement ” climate .

“ Paris agreement ” means a global agreement on climate changes, with the aim of creating an action plan in order to limit global warming below 2 ° C . The conclusion of this agreement comes from the need to find a remedy for climate change : an important global issue with possible repercussions for everyone . Due to the small participation on the Kyoto Protocol and due to the lack of an agreement in Copenhagen in 2009, European Union contributed with the realization of a large coalition of developed and developing Countries in order to achieve prestigious purposes . This determined clearly the positive outcome of the Paris conference .

The governments of the signatory countries have therefore decided to meet every five years in order to determine more ambitious purposes on the basis of scientific knowledge, to inform the other Member States and the public opinion about what they are doing in order to achieve their fixed purposes, and to report the progress made through a system based on transparency and responsibility .

In Germany, Bonn as well, was held on last November the United Nations World Conference on Climate, or simpler known as Cop 23 : this is the summit of commitments given at the Cop21 in Paris and they have to keep them as civic commitment in the future . This is a commitment that is urgently needed : scientist, in fact, talk about how World is in its warmest period in the history of human civilization and that the main cause of this phenomenon is the man itself .

Unfortunately, the time remaining is little and it is essential to take the steps of a fast and ambitious climatic revolution, realizing the vision of Paris, making it real .

The main purpose of the Paris Agreement is to hold global warming effects, limiting harmful consequences that come from climatic change created by the man, as from 2020 . In this respect, industrialized countries will contribute to the allocation of an annual fund “ Green Climate Fund ” of 100 billion for the transfer of clean technologies in the Countries that need a support in order to start their own green economy .

Despite United States are the main promoter of this important aim, because they are classifiable between the major polluters and they are responsible of the climatic change, today they could fleeing the scene . With a new administration, led by Donald Trump, United States withdraw in their isolationism because the president itself has repeatedly said that the Paris agreement would be an unbalanced agreement, which undermines American’s interest and it constitutes an obstacle to the realization of making “ America great again ”. Together with this withdrawal, there is also the disappearance of an entire section on the climate change from the site of the White House, and it was replaced by an another section on an energetic plan for America . The intention of Trump is to eliminate policies like the “ Climate Action Plan ”, because in Trump’s opinion they are harmful and useless . The “ Climate Action Plan ” is the plan for the emission reduction and it was signed by his predecessor Obama .

However, it’s not possible to exit in a unilateral and linear way from the Paris agreement . In fact, it contains room of three years, four in all. When this period will be spent, the end of the Trump’s mandate will come . The position of United States about climatic change could therefore be negotiated another time and it won’t be definitive, also because the hypothetical destruction of the Paris agreement means the destruction of the world itself .